When to Say When

I’ll never forget the first time my parents came to Hermosa. It was the 4th of July 2006, they hadn’t seen our new house and had never spent any time in our new summer adventureland. They had just landed from a trip to Sweden, their first trip to Europe ever, and only had a couple of hours to spend before heading back to Fresno. Fourth of July was my second favorite holiday growing up, right behind Christmas. As a kid, it was all backyard bbq’s and block parties with popsicles and swimming pools but as we walked around Hermosa with them, it looked a lot different than any other fourth that I could remember. People were shoulder to shoulder, there was margarita wrestling on the beach, and of course the famous IronMan competition had just happened as we made our way slowly down the Strand. I found myself wishing that they had come through on a different day, because this scene was not what I had in pictured. For the years after that visit, when we stayed in Hermosa just for the summer before we moved here permanently, the fourth became something that I just wanted to get through. It put me on edge, and I didn’t feel safe having babies and little kids around. Could I have handled it, and even thought it was fun when I was in college? Sure, I get it, it’s just people out having a good time, but at this point in my life, I understand certain patterns that have had major effect on my life more clearly.

So many days of my life have been affected by alcohol and it’s overconsumption. It has been on my mind a lot through this graduation, quarantine, and holiday season.  It can be a sensitive subject and sparks defensiveness, but our relationship with alcohol is important because it has had a generational impact on so many families. I am continually reminded as I listen to people how many of our family histories have this common, plaguing, denominator running through them and my story is no different. So often the choices we make affect not just ourselves, but create patterns and ripple effects for the people around us.

My guard was never up when I was younger because I grew up in a home where I never saw my parents drunk. There was a beer after work, or a glass of chardonnay that I saw them have here or there when I was young.  As I got older I knew there was vodka in the freezer, but I still never saw the effects of overconsumption in my childhood home. As I grew older, I found out that my dad’s story growing up was different, but thankfully, he both didn’t have the gene, and chose to not let alcohol have that effect on our home. In high school I didn’t drink because, inherently, I’m not a big risk taker so that tended to keep me on the safe side in my teens.  It wasn’t until I got to college and had a few of my own crazy nights that I felt the first effects of what alcohol can cause. After a few drinks I had a carefree lack of inhibition that, for a shy kid like me, was totally new and inviting at first. Soon, I realized that as entertaining as a few of those nights were, dancing to Itchy McGuirk in downtown SLO, that if I drank too much, I’d wake up with this guilty feeling sitting in my gurgling stomach. It bothered me more than the hangover, which was also no fun.

We are all human and we make mistakes, I’ve made plenty, in this arena and many others, but learning how to evolve when we do is where the beauty and growth in life lies. One of the curses of alcoholism is the defensiveness that arises from feeling judged. I don’t tell this story because I want to be right, I tell it because I want to be free…and free further generations of the people I love because they understand the effect that alcohol has had on their life story.

There is a quality (and a stage of brain development) that comes with being young and feeling invincible. We don’t have the ability yet to accurately see the risks involved in our actions, it’s part of what makes those years so magical. That’s why the job of parenting is so hard. I have the memory of what it feels like to be them, but the wisdom of my age to know it’s my job to guide them. As a healing adult, I know that shame and guilt are no way to inspire health and freedom in our lifestyles. It’s a vicious cycle, we feel shame and guilt so we drink to numb it, and the drinking creates more shame and guilt. The pattern repeats over and over, taking down authentic relationships in its wake.

Over the years since college, I have had many more encounters with alcohol. For me, it’s something that has never had it’s hooks in my neurochemistry, but I have felt the pull socially or when the mommy wine hours would come in the evening when my kids were little to take the edge off.  When they were younger, so much energy went into shielding them from overindulgent situations that were part of the social landscape. It’s a slippery slope because it wasn’t everytime that alcohol was a part of an evening that it became a problem.  The trouble was that I never knew when the occasion was going to cross that dangerous line and it left me with an always nervous, walking on eggshells, kind of feeling that made every outing or social engagement less fun. From my kids perspective, I always wanted them to feel safe and connected to me whether we were out or at home, the way I felt in my home as a child. But now they don’t know the real ways their lives had the imprint of alcohol on them before they ever had a drink. Now that I have teenagers, transparency is important to try to break the cycle.

I’ve come to terms with the, “been there, done that, so I don’t judge” mentality. I was them, and I remember and I want them to be able to not feel shamed, but learn from their choices.

But now it's my turn to be sober to handle the choices and experiences that come with raising teenagers with not yet fully developed prefrontal cortexes. Bottom line, I want to be the example of where they are going, while understanding where they are now, and it’s a very fine line. My experience has been that teenagers, in most cases, will take what you say is ok and push past it a little more: it’s in their nature. So it’s on me to set wise boundaries.

I still drink on certain occasions and I’ve been drunk many times in my life, but its been awhile, and I don’t miss it. As I get older, alcohol has moved off the front shelf and the beers in my fridge expire because I am on a quest for a healthy mind, body, and spirit, and excess drinking takes away from that goal.  Along the way, I have met beautiful humans who help me see the strength of my story, like Kaitlin Delaney who I met after a yoga workshop, through divine intervention, walking up Pier Avenue. As we walked and talked, I was taken by her sober curious point of view and the glow she had as she talked about how she stopped drinking after she had three little ones.

Kaitlin told me about the stress of being a mother of a four, two, and one year old (boy do I remember) and that, despite getting sucked into the mommy wine culture and taking the edge off with a couple glasses of ‘mom juice’, she had recently realized alcohol no longer served her life in a positive way. She called herself a gray area drinker, which she explained was someone who never had to hit rock bottom to realize alcohol was having a negative impact on her life. She tried drinking on celebrations and realized she felt better when she completely abstained. You can find more of her story on Instagram @mamasayyesto.

Life has proven to me that we learn the most and are motivated to change from painful experiences. Alcohol has taken its toll on my birth family and the family that I belonged to for 20 years when I was married. Its presence in excess is usually a symptom of the deeper rooted pain of brokenness, unworthiness, abandonment, fear, social anxiety, and struggles that we encounter throughout our life and are embedded in our nervous systems. It’s ironic because we rely on it to bring calm to our lives, but that calming effect is artificial.

Alcohol doesn’t process pain, it numbs it, and then creates more.

We drink for many reasons, sometimes to take the edge off a long day, sometimes due to social anxiety or pressure to make a situation feel easier to navigate, but as life moves along, I can’t help but notice the number of middle-aged adults who quit altogether to save a relationship…whether the one they have with themselves or with loved ones. It’s a brave choice that helps us uncover the layers of who we really are by allowing us to feel our feelings. Sobriety is not meant to be white-knuckled, it must be a deep dive into self-awareness to take hold to reap the benefits of real clarity, calm, and deep health. Optimism for what life has to offer lies on the other side of that hangover. It may be baby steps, but it’s never too late, and each of our stories is best told with a clear mind and heart. There is no judgment in the path forward, but there is a clear path to deep health. When we truly know and understand our value and the power we have in this world to create connection, we have the courage to express ourselves without a drink in our hand. Life is better when our eyes are clear, we just have to get to the other side to realize it. 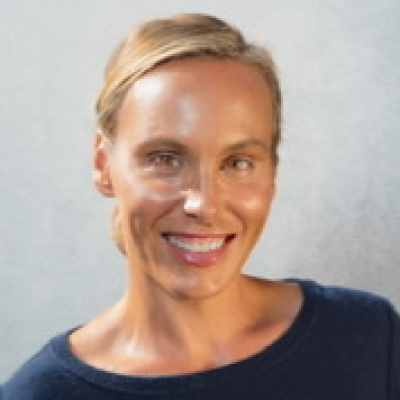 "What if the world was already good? What if what you seek, you find? What if everything wasn’t an emergency? […]
Read More

Every athlete I know, including myself, has always wanted to BE BETTER.  My mission and this concept can sound a […]
Read More